Contemplations of a parent... and a freebie of course! :) 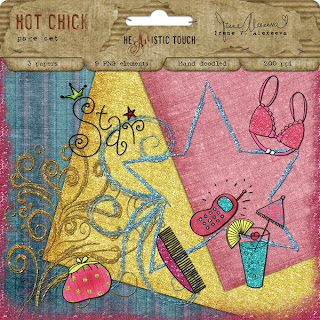 A couple of days ago we bought a nice toy house for Arina - one of those you just set in the yard for the little ones to get inside and play. She was sooo excited about it! Needless to say we have neighbors here in the country who have kids too and they all came to play with her - that was fun! She was really happy communicating with someone her height LOL - when in the city she's kinda timid and afraid of making friends, well, maybe was just too small for that... just not too perky LOL Now it's getting better!
So the other day our neighbors had a picnic and they invited some of their relative... a sister I guess with a 4-year-old girl... That young lady just got inside of Arina's house, locked it and told her to get out! When my kid attempted to get in once again I heard that girl saying: "Get outta here, it's MY house". I was amazed that her mommy didn't react tho she heard everything!
I told Arina that the girl wasn't polite and that it was a bad way to behave - I was relieved my lil one didn't cry or get angry, she smiled and let that little monster play peacefully on her own there :)
DH went outrageous when I told him the story LOL But we left it as it was since we can't judge kids - it is not their fault that they are acting bad - it's the fault of their parents.

Where was I? LOL Oh!!!! I wanted to share a nice freebie with you! :)
This time it's a lil page kit called Hot Chick - maybe some of you don't even recall it! - it was a prize for some challenge and never hit the store. Now it's available again! Hope it will make the start of the week easier and more cheerful :)

We're starting to get things ready for DD's 2nd birthday on the 9th of July - DH is responsible for the present and fireworks, me - the cake and the decoration thing. A nice reason to do some shopping LOL

Hugs to all of ya - have a great Monday (Mondays are much better than we used to think since they start the road to Sundays!)
Irene
Автор Irene Alexeeva на Sunday, June 15, 2008

I told a “little birdie” all about your wonderful designs and how generous you always are. What do you know?? She stopped by my blog today, and left a little...♥TWEET♥...for you!! (hee,hee) Thanks and have a great Day!
Suzee Q's Stuff

Hi Irene ..glad you are home safe and sound again !! Thanks so much for all these stunning freebies..however..when I try to open the zipped "Ride a Dream" it is password protected ?? Did I miss something ?? LOVE this kit and am dying to use it !! :( :(

Thanks so much for the kit! I'm glad your daughter wasn't upset by her rude visitor, its to bad the parent didn't make her play nice, she is probably going to have trouble in life, with that attitude, if it doesn't change! At least your daughter sounds like she has a good one!! :)

Thank you for this lovely kit. It looks fun and whimsical. You and your husband seem to have a lot of patience as parents which is so wonderful for your daughter.
HeatherL

Hi Irene, what a beautiful Kit... I have a 2 year old girl with one of those houses as well ,but we set it up in the basement so she can play in it all year round. she loves it. Funny thing the 9th of July is my sons birthday,so we will be celebrating together..he will be 13 this year!!I just love your blog. Hoping you are having a great day. Happy planning.Angie

Thank you so much, Irene!! I think your DD handled the situation marvelously!!

Thanks again, Irene. Can't wait to use this one! :)
Your DD and my DGD are just one month apart. Maya's b'day is Aug. 11, so I know what you mean about wanting to spend more time with her, and about running after her. Busy little rascals, aren't they?
Here's a LO that I did with your Ride a Dream Page Kit: http://www.digitalscrapbookplace.com/gallery/showphoto.php?photo=265445&ppuser=79888
I really love that one! Doing some more and will be posting them at both SO and DSP. :D
Hugs, Frannie

Oops! I meant to use this link: [URL=http://scraporchard.com/gallery/showphoto.php?photo=5401&ppuser=7319&sl=f]Touch the Sky, Maya[/URL]
Frannie

Thank you Irene - always love to read your blog, learning about your family, and downloading freebies (of course) :)

Irene, I just LOVE all of your designs. You are so talented. This kit will be perfect for pictures of teenage daughter. Thank you so much!

Your kit has been added as a favorite today on Digital Scrapbook Faves. Be sure to stop by & vote for this kit as a popular digital favorite! Thank you for sharing!

Thx for creating and sharing this wonderful gift with us!

:) ty ty ty so much (as always) for your gorgeous freebies :)
>:-$ over the lil girl's parents (as you said, kids normally behave how they are permitted to behave, and obviously her parents allow her to do this...which is really sad b/c that is not going to serve her well when she becomes and adult)...major "YAY!" to your lil princess for handling it so well! Have fun shopping for the birthday stuff! 2 is such a fun age :)

Thank you so much for sharing! The rule at my house is, if you don't share you don't play, that goes for my grandson as well as playmates! They might as well learn early on that there are consequences for their actions, be it good or bad.

Thank you so much for sharing!
The rule at my house is, if you don't share you don't play! That goes for my grandson as well as playmates.

Thank you for the gift Irene.

Your little girl handled that situation real good. Bet you are proud. Very bad that the parents didn't do anything about it though. We're having trouble with Amy and her "Its mine" attitude at times but she would never do anything like that. She loves to share with kids, its us adults she gets possessive over her toys with LOL

Another 9th July birthday .. Amy will be 4 this year so we'll be thinking of Arina and we'll share some cake with her :)

Kudos to you and to your little girls for handling that so well. She is mature beyond her years. And yes - so the fault of the parents, hers should have made sure they got her out of the house. The other reason could be that the child has a developmental problem that is really no ones fault.

Just a question-that girl could lock herself in? Maybe you should consider taking that lock off just so you can get in there easily if you needed to?

And thanks for the new kit! Very cute! Can't wait for October!

Thank you for sharing.

Such a cute kit, thank you so much. I too believe you and your DD handled the "rude child" situation the right way. I agree that it is the parents responibility to make their children behave or it will become much worse when the child is older.
:)

Oh My I`m glad I found your blog through blog hopping..`Fabulou` TFS!!!:)
Can I add you to my blog roll please? `Thankyou` sooo much :)x

Thank you so much for the adorable kit Irene! I'm so sorry your daughter had to witness such sad behaviour. You're absolutely right in saying it's the parent's fault!

PS - Good luck with the party and have a wonderful time!

Thank you so much for the beautiful kit.

This is so cute. I love the colors.